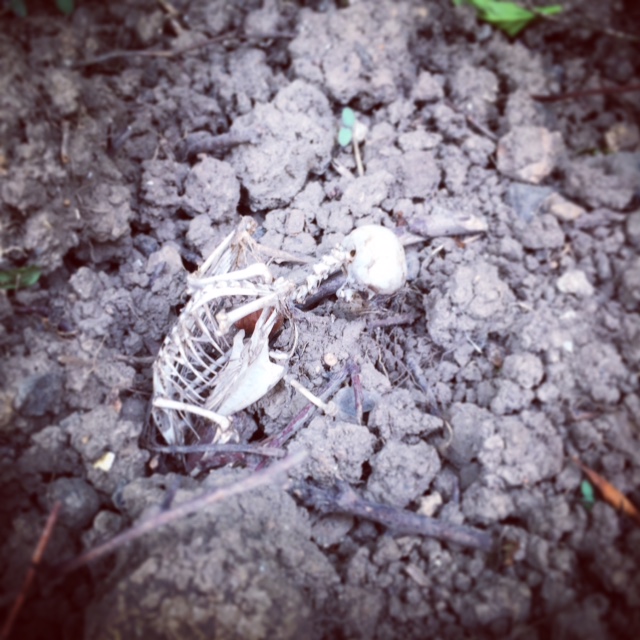 A couple of weeks ago, after a few stressful non stop work weeks, I decided to take a full weekend off and do some gardening. It was beautiful weather, I wore shorts, I wore sandals. I stayed out in the sun and dug over a veg bed, planted some withered looking potatoes, planted cauliflowers, carrots, corn on the cob, all the C plants. I cleaned out the rabbits really thoroughly and planted some pansies in the back and then came around to the front and started weeding, viciously yanking the wick-weeds up and out, sweating in the sunshine and feeling the warm earth under my hands. I think of myself as a person that is close to nature. I feel much more comfortable with my tongue pressed to the roof of my mouth, not speaking for hours at a time, walking on tussocks and stones and watching the life around me, than I do being with people. I can’t live in a city, I can’t live in a town. I did try, but felt like I was too far away from a circulatory system. I live in a little village with no through road. It is quiet. During the day when everyone is at work it is even quieter. Having been a dog walker and small animal boarder for three years (and a writer, of course!) I feel like I have found a way to  be inside nature. Even more than just enjoying it, I feel like I am a part of it. I know my area very well, I know my walks well and know when the plants will be changing, minutely, season to season, though I couldn’t tell you what they are. I know when spring is just turning, I know when the air starts to smell different, when the sun starts to have warmth, I swear I can smell the green, I can smell the plants growing. On my gardening weekend I reduced the knots in my back to strings, then replaced them with more knots, the sort you get from being absorbed with planting.

As I was grasping and pulling and turning the earth with my trowel I discovered this tiny skeleton lying just under the hedge near the front window. It’s a blackbird skeleton, entirely intact, no flesh on it, but held together with magic. Or sinew. Who knows. I know it’s a black bird skeleton because it had a single blackbird feather attached to the tail. It was a female, that smokey brown colour gave it away. It stopped me in my tracks. I picked it up, carefully, on my trowel to look at it, turning it to see the beak and the eye hole, I took a photo to show my friends and my mum. Then I laid it down again. It’s still out there now. I haven’t decided wether to put it in a box and keep it with my nests and egg shells and thornback ray vertebrae. Part of me wants to just leave it there, bleaching in the sun,  because it feels like it means something to me, it feels like a reminder to me. I keep seeing it as I’m walking out to the car, or walking out with the dog, or coming back with my shopping. My life is whisking on around it and it stays there, perfectly composed, the inside of a thing that trilled and flew and disappeared back into the ground, efficiently destroyed, except for this collection of brittle remembrance.

There were several things that struck me upon finding it. The first was how long a birds legs are, how they are bent up and all we see are the bits from the, I guess you would equate it with the heel, to the toes, bent. What looks like a backwards facing knee is not. The knee is tucked up in the feathers, in the body. If you have ever seen an x-ray of a penguin’s knees you will get what I mean. Shocking truth: penguin legs are not just feet.

The second is how utterly tiny it is, how intricate and elaborate and complex the tiny mechanisms beneath the bird exterior is. How brave a bird must be to go out into the world at all when all there is to you is miniaturised liver and spleen, a tiny blob of a heartbeat, lungs like sugar puffs. How does a thing so tiny emit a song so sharp and so loud that it wakes me on a morning, through the double glazing?

The third, how human it is. How same. Look at the picture, it is like a Saxon burial, crouched foetal like, the curve of the skull facing down, as if the world is at its back and it is protecting itself. It’s strange and strangely stunning to know that my skeleton, my big brash solid skeleton, follows the same basic design features as this palm sized flutterer. That, indeed, my heart beats in the same way, my brain sits in my skull in the same way. I am bird. We seem so keen, as a species, to put distance between ourselves and the animals. You’d think it might have changed over the years. I’m currently looking at Darwinism and the Victorians as part of my PhD, looking at how we position ourselves and how we look at other animals. I’m looking at how poetry speaks about us as a species, how this language of emotion tells us about ourselves. I have to look at context, what has shaped our mindset, to do this. When Darwin came along with On te Origin of the Species it shook us the hell up. We had bumbled along being God’s ambassador on earth, in charge of all the animals, and then suddenly we were just another arm on the evolutionary tree, cousins to the apes, just another animal. We have always fought to be above that, we have always differentiated ourselves, as if different equates to less than. A pig has the same emotional capacity, the same ability to fear and feel pain, the same, or even more, intelligence as a dog. But one is on the inside, and one is on the outside, and the thing is, neither of them know. A bird is a bird is a bird, anything with a skeleton is playing snap with each other on the inside, and no one can see it, because all we seem to see is colour and shape. Feathers, fur, dark skin, light skin, religion, difference. How exhausting.

Still, it’s easy to have kind thoughts about the blackbird, they’re lovely, aren’t they. I love seeing them with their beaks full of worms, heads cocked, assessing the risk you pose, before carrying on with the task in hand. Perhaps it’s not as easy to feel kindness towards, say, a lizard, or a flat fish, or anything that frightens or repulses. But isn’t that what it’s about? Thinking higher than the response, being kind because rationally we know we all share a skeleton? I don’t know what the answer is, but the blackbird skeleton makes me want to be kinder to everything. There is a finite amount of material in the universe. We have all already been a blackbird and a pig and a chair and a tree. We just can’t remember the reincarnations.

Poets are drawn to skulls. We want to see ourselves in death, we can’t quite imagine that there really is a skull underneath the fleshy face, the tendons, the rigging, the pullies controlling our movements. We can’t believe we have a mechanism at all until we see it. I’ve come across a few skeleton poems lately, but this is such a good one: Robert Hull’s Deer Skull.

One thought on “A Blackbird’s Skeleton” 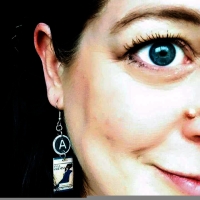 Exploring the World of the Brontës, their Juvenilia, and Brontë Inspired Literature.