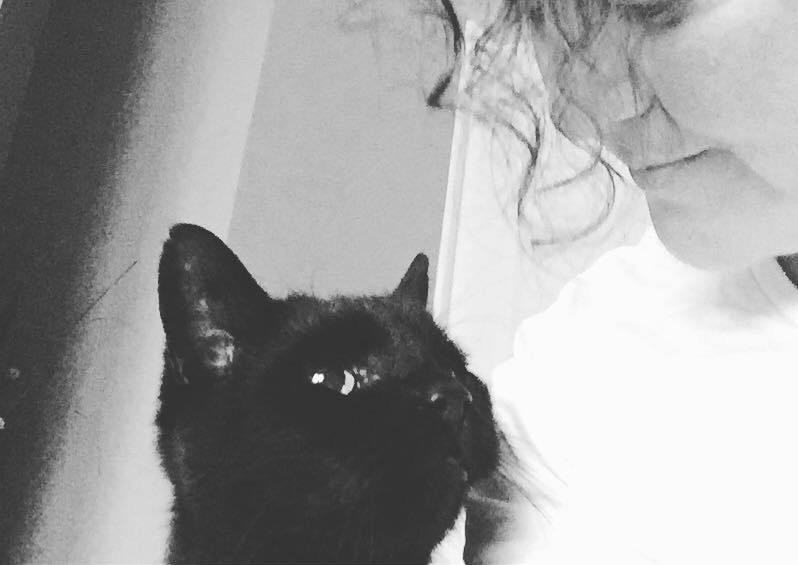 In 2003 my husband and I got married on a blustery, autumnal day. It was beautiful. We started trying for a baby on our honey moon, we were so in love. We are still so in love, but of course, fourteen and a bit years later, we are no longer trying. When we went for our first IVF in 2009, six years after starting our journey, we made the decision that we would not be the couple that didn’t know when to stop, we would set in place a definitive cut off, a point by which the drive, the need to have a family would stop, it would be pre determined. It was supposed to help us to make the decision, to take the pressure off. It’s good to have boundaries.  We decided, because the miscarriage rate increases so much and the IVF success rate decreases once you pass forty, that that would be the time that we would stop. It would be the year when I was forty years old. Chris would be fifty in the same year, and we felt that that was a time when he would want to be slowing down a bit and concentrating on himself etc and we literally couldn’t imagine that in all that time we wouldn’t make it, we couldn’t imagine that we would, in fact, be the unlucky ones for whom a family didn’t happen. God, we couldn’t possibly imagine that we’d be so unlucky that despite all the IVF and the years of meds and scans and trying and temp taking we would actually have been successful, reached the third trimester, only for our little girl to die, partly due to mistakes made in our care by staff too busy, and too pressurised in a ward too understaffed and a hospital too underfunded. That we would have two miscarriages, that we would have already had the decision made, really, by a sudden and unexpected loss of fertility, that our chances of adoption would be slim and that, anyway, we couldn’t, literally could not face the emotional trauma after all of that to even look into adoption, and that time would run out, that I would be a few days from my fortieth birthday in a life so very, very different to what we imagined, when we went to bed in las Vegas, drunk on Yard long margaritas, sun burnt and so madly in love, all those years ago. Don’t get me wrong, I love my life, I have a good life, I have worked very very hard to make something different for myself, based on things that I love: poetry, books, mentoring, teaching. Recently I have laughed and joked about how emotionally taxing I’m finding turning forty. I am a bit of a cliche, I understand that, the forty year old constantly checking the sliver hairs, the saggy eye skin, I am not vain, but seriously, please can I be youthful forever, please, TIA. But in all seriousness, I feel utterly bereft. The psychological cut off that was supposed to help us cope just feels like another wall that must be scaled and dealt with. The cemetery fight stuff hasn’t helped, I haven’t even been up to tend Matilda’s grave for weeks because I just can’t cope with the upset that the presence of the signs there is causing.  Other things are adding in to this feeling of sadness, as if the universe is intent on rubbing my face in it. Yes, I know, I’m ‘whining’ I am not looking at this with any degree of perspective – other people are having to actually deal with life changing events right now while I whine on about being forty and being alive and well and in good health with a husband and a life, a good life. I get it. Please don’t judge me, please don’t silence me, it’s how all the taboos around stillbirth and miscarriage and infertility are created, because people are not allowed to be miserable. It’s all relevant too,  I guess. Please give me these few days to wallow in my misery before I put all that heavy armour back on to get back out there and rebuild my life.

We lost our little cat this week. Elvis was eighteen years old. We got Elvis the first year that we lived together, in our first, rented, house. He came out of the cardboard box in a tangle of legs and eyes, ready to know us, ready to explore and embrace his life. I wasn’t very well that year with a kidney problem that would later result in a very serious infection and a big operation, and I think Chris had got him for me to cheer me up. Elvis and I were inseparable, he followed me everywhere. When I had to go back to work, I cried leaving him on his own. Somehow, that day, while we were out he managed to get on the answer machine and rerecord our answer machine message to a series of questioning meows: Meow? Meeeooow? MEOW? it was hilarious. There were many hilarious episodes, he hid things, stole things, destroyed things.  He was a stealer of paintbrushes from people’s houses. I once watched him jump over a wall into the next door neighbours garden while they were painting the fence. The man was kneeling, flaking at something with his finger. Elvis crept up behind him and carefully took the paintbrush from its pot, dragging it between his legs like a lion with a kill. The man didn’t notice and in a comedy sketch scenario, turned to pick up his brush, then spent ten minutes scratching his head and going through the motions of what he had just been doing, trying to locate it. Elvis had a bleach fetish and every time I cleaned the bathroom or the work surfaces he would appear, rolling about on his back and purring. He had his fair share of injuries and illnesses: an eye operation because his lids turned in on themselves, a serious fixing up after catching his armpit on, we think, razor wire, a serious fixing up after somehow catching his other armpit on razor wire, an abscess on his tail, a claw in his head, a blocked urethra, and finally hyperthyroidism. He bore it all well, never fought or scratched when he had medication. When we moved out of the town and to our little house in the village he loved it. We tried to keep him in, to settle, but he was having none of it. He was immediately out of the door and away into the fields. We received a daily delivery of live mice and birds for a while. Two or three in a single day sometimes. It became routine to be scrabbling under a shoe rack or behind the sofa trying to catch mice before work. One day he brought a live, baby rabbit into the bedroom at 3Am and helpfully released it. It got wedged behind the drawers there and I had to pull it out by its leg as it lay there, wild eyed. We released them all, much to the confusion of the cat. As he got older he became more serious, less playful, but still plenty capable of pricking toes that poked out from bed covers. He had this serious, polite manner when he wanted his tea and would tap me gently on my arm while I was working, before looking directly into my eyes and bobbing his head up and down, explaining that he thought there had been a problem, a misunderstanding somewhere and it was definitely time for his tea and could I please, if I didn’t mind, help him to sort out what had gone wrong. He slept by my side every night, we would spoon. He would sit at the end of the bed and wait for me to lie on my side and make the little nest area in front of me, then he would come and press his back into my chest, and I would stroke him and he would purr and we would sleep. Every night. He started to lose weight last week. Over the weekend he stopped eating as much. In the early hours of Monday morning he started coughing and wheezing. I had hoped that when the time came, he would slip away while he slept, but we ended up taking him into the vet’s on Monday morning for the inevitable. He went graciously into the cat carrier and quietly curled onto his towel. He didn’t make a fuss, he didn’t fight. He never did, he was a gentle little soul. In the vet’s we laid him down, gently and he tried to purr. I scratched his little head and kissed him and told him how loved he was. And he died so quickly and so quietly that we barely realised. He looked somewhat surprised afterwards, those beautiful, huge yellow eyes staring straight ahead. And then he changed, without anything changing, he went from looking surprised, to looking like he was no longer there, and he was gone. I cried so hard that first day. Intermittently the second day. Here I am on the third day, still thinking about him. It’s not just that he was my companion, my friend through all those years, our entire journey together, it’s that he was a direct link to before, to that time in our lives before we were even married. He was like a time capsule for our relationship, an emblem for all that time. He was there through it all. And now, a few days before my fortieth, the date when we had decided, all those years ago, that we would now embrace the new, different life, he is gone. And I am grieving for him, and grieving for that other life. And when I go to bed, there’s no little body to fill the space there, I miss him.

This is the worst snow we have seen since the winter my daughter died in 2010. It is unlikely that we will make it to Haworth. I had planned a lovely hotel stay, paid for by my generous mother in law, and a weekend of Bronte activities, something totally literary nerdy and self indulgent, and now that looks likely to be cancelled too. And yes, I know, it is only a weekend away, it can be replanned. But God, it would have just been nice to have that little space away, bubbly by a roaring fire, walking on the moors and no pressure to put the armour on for a few days.

This depressing post has been brought to you by the number forty and the letters F-U-C and K.

4 thoughts on “The Cut Off” 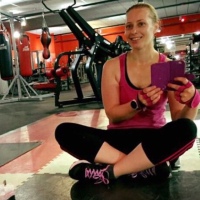 Exploring the World of the Brontës, their Juvenilia, and Brontë Inspired Literature

A journal of my life and thoughts.